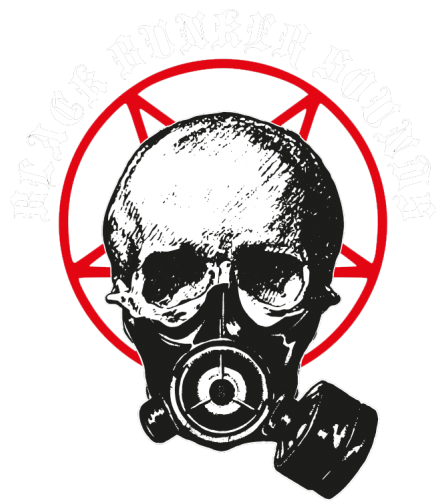 HellGoat – The raw swedish one man underground army comes with his first album after numerous demos, split releases and EPs.
The poisonous seed has been laid in the underground and sinister maniacs were forced to pay their respect.

In the unholy seventh year after HellGoats first demo, now there is the first full-length strike entitled “A SIGN OF EVIL TO COME” released by Black Bunker Sounds on quality tape – the worshipper’s  way!
Expect the raw pride of satanic Black Metal, traditional to the core with sickening melodic fragments to torture the souls of the weak and strengthen the pride of the few on the left hand path.
HellGoat wants your blood! HellGoat wants to see your girlfriend fucked by goats and eaten by rats as you sink into desperation and give your soul to the slavery of the horned master!!!
This is for the ones who only accept the purest Black Metal sound that is sophisticated enough to please Satan himself. Amongst the many mediocre and weak so-called Black Metal bands of our time following the Zeitgeist of the many colours, HellGoat shines a black light of the Black Metal days that sometimes seem long gone. Satan exceeds his rays of psychic power from Sweden to enslave the world again!!!
Now fuck off, die and worship HellGoat in the kingdom below!!!

For worshippers of Baptism, Darkthrone, and Wolfschrei.

Recorded early 2022 in Goat Studios.
All music and lyrics by Skoll.

This record is dedicated to the
UNDERGROUND RESISTANCE
and to the loyal few that can be considered allies.

Face the Devils Might
Fuck Your Mercy, I Want Bloodshed
Traitors of the Black Flame
Burning Horns of Satanic Terror
Daggers of Infinite Darkness
Avskuren Halspulsåder
Sub Satanae Potestate
A Sign of Evil to Come